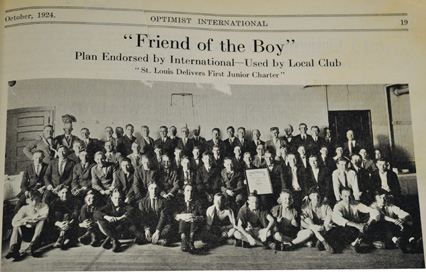 Through the next three years, the organization grew to 49 clubs and 4,000 members. In October 1920, the first edition of The Optimist magazine was published. Each of the 27 clubs was asked to report in at least once a month with news of their club.