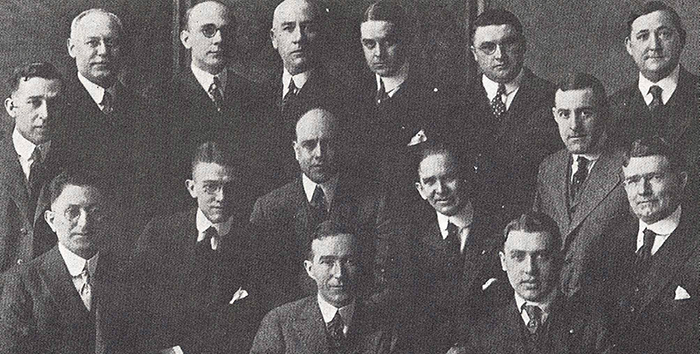 The first official Optimist Club was formed in Buffalo, NY in 1911 followed in 1916 by the Optimist Club of Indianapolis, IN. Founders of the Indianapolis club moved ahead in the summer of 1916 to start Optimist Clubs in many other major cities. These clubs quickly grew to over 100 members each. As a result, a national conference of the American clubs was held in 1917 in Indianapolis.

Below is an image of the 15 original members of the Optimist Club of Indianapolis: 1916